My story began almost 30 years ago during an overnight at my best friends’ camp on one of the Finger Lakes in Central New York. I was 19 years old and with 10 friends I had known most of my life. I rode to the camp with my best friend and her husband, who was in the Navy. They now lived out of town but were here while he was home on leave. When we got to the camp, my best friend told me I could have the best bedroom upstairs, since everyone else was sleeping on the floor. Excited, I put my belongings in the upstairs room and changed into my suit for a warm day on the boat. After being on the lake all day, I was the first to go to bed.

I awoke to the force of my best friends’ husband’s hand over my mouth while he held me down with the other. He was a big guy and I was frozen with fear and intimidation – I absolutely could not move a muscle. His buddy, another guy I had known all my life, was now on top of me also holding me down and grabbing at my underwear. It was the middle of the night; I was half asleep and thought I must be dreaming. Soon, it became evident I was not dreaming. It was real, but psychologically – it didn’t make any sense. Where was everyone? Where was my best friend? Why were these guys – my friends – doing this to me? It was all over quickly and they left immediately with my best friends’ husband warning me not to say a word. I was definitely afraid of him. I was raised a strict Catholic and immediately thoughts of fear, shame and disgust filled my head. I began to think this was all my fault, I thought I must have done something to encourage this. And then it hit me: Was it really an attack because I knew them? Was it actually rape since they were my friends? My head was spinning and I was physically sick to my stomach.

The next morning, still terrified, I went downstairs and saw my attackers in the kitchen. I didn’t know what to think or say. My best friends’ husband just stared at me. My best friend appeared to be acting normal. ‘She’ll never believe you’, I told myself. ‘This is her husband, she loves him.’ Silently, I packed my things and rode the whole way home in the car with my rapist. And I never said a word. I immediately blamed myself and thought if I had only slept downstairs with everyone else, it wouldn’t have happened. My mind could not comprehend this whole scenario, so in order to cope with it; I blocked it out as if it never happened. I shut down completely and decided I would never tell anyone about it.

A few months later I realized the nightmare wasn’t over. I had become pregnant from the rape. I went into shock again. Being a strict Catholic, I thought how could God allow this to happen to me? I was convinced I was being punished for sure. I felt enormous shame and guilt. This was 30 years ago. Practically no one went to counseling then or openly sought help for such things. I could not tell my mother, and I was too ashamed to tell my friends. And who would believe me now two months later … I still could not believe it. Because of my shame, fear, disgust and the belief I had no one to turn to, I regretfully made the decision to terminate the pregnancy.

The Rape and then the trauma of the subsequent choices I had to make as a result of being raped haunted me for years. I found with the Rape that my body healed, but my thought process and inner core were deeply damaged. Because I blamed myself, I hated myself. I became a severe alcoholic, bill collectors called me non-stop, my relationships with men were abusive, I was terrified to sleep alone at night, had violent nightmares and finally resorted to sleeping with a baseball bat, a butcher knife and the cordless phone because of the fear it would happen again. This act that had ended years and years ago, continued to torture me every minute of every day of my life.

It wasn’t until I was married and then became pregnant that I decided to get sober and started counseling. I was 31 years old, and it had been 12 years since I was raped. In my first session, I ran to the window and tried to physically open it because I felt like all the oxygen had left the room. I truly could not breathe. I stayed with it, but the pain of uncovering these old wounds was mentally and emotionally traumatizing. Because I stopped using alcohol to soothe the pain, I chose food as a new addiction. My weight fluctuated constantly until at one point, I stopped eating altogether.

That’s how psychologically devastating rape can be. You disappear. Your body is your canvas, the picture you show to the world. And if someone has violated your personal canvas, you believe you can’t possibly remove this poison that now permeates every crevice of your mind, body and soul. You become disconnected from your body in order to survive and are convinced that you have been altered and changed forever. Nothing will ever erase the ugliness left behind.

The most important reason I speak now, is because I did a minimum of 20 years hard labor for a crime I didn’t commit. The thought process that comes as a result of rape or domestic violence is so detrimental, it is imperative that some form of healing begin immediately. There are so many more places available today - specifically Vera House - to address these issues than there were 30 years ago.  No one should ever have to suffer in silence.

Because of what happened to me and how deeply affected I was by the entire experience – today, I am a Rape Survivor, not a Rape Victim. I am a Member of RAINN’s (Rape, Abuse & Incest National Network) Speakers Bureau headquartered in Washington, DC; I have told my story on NPR’s Morning Edition, been interviewed a number of times on the About.com Women’s Issues website, was a featured guest speaker at Eve Ensler’s Vagina Monologues this past February, and founded my own organization and website: www.reneedevesty.com. 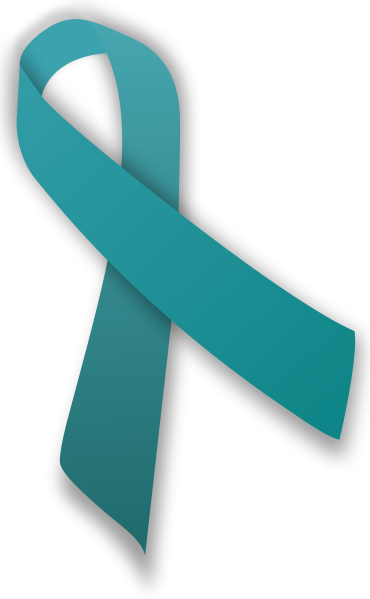 My plan for April, 2011 is to host a Sexual Assault Survivor Celebration. The subject of Sexual Assault and Domestic Violence are considered taboo and not easily brought up in casual conversation. Conversely, for someone dealing with a medical diagnosis, it’s possible for you to visually recognize signs of their condition and have an opportunity to offer support and compassion. On a larger scale, there are national walks, runs and marathons taking place in support of research, awareness and recovery. There are even medals to honor the long road cancer survivors have walked.

I don’t know about you, but I know a lot of people who deserve a medal for surviving Rape and Domestic Violence. I believe we as Survivors deserve to be recognized for the enormous courage, intense bravery and sheer determination it requires to overcome such a monumental life challenge. I believe the more we normalize the “discussion process” of rape as a crime, the more victims will speak out, the more prosecutions will take place, the more jail time will be served, and the less frequently this may happen. 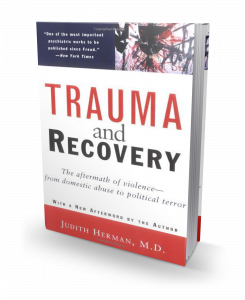 As Dr. Judith Herman writes in her book, Trauma & Recovery, “The reaction of a community is directly related to how a survivor recovers from sexual violence. Recovery cannot be done in isolation: there is a need for not only safe, healthy relationships - but also for a safe community.” No one should suffer in silence. I don’t want anyone to follow the path I was convinced I had to take of isolation, darkness and despair. We need to show that same compassion, gentleness, love and concern to all survivors, so they can bring their individual gift forward and change in the world.

And we need to remember - nothing or no one can alter our inner core, our center of purity, wholeness and beauty. Only we have the power to continually wipe the slate clean and begin again. And we must believe that, indeed, we are worthy enough to begin again. Thank you.

Removing the “right to choose” regarding personal circumstances, directly affects the trajectory of individuals’ lives and limits their freedom.