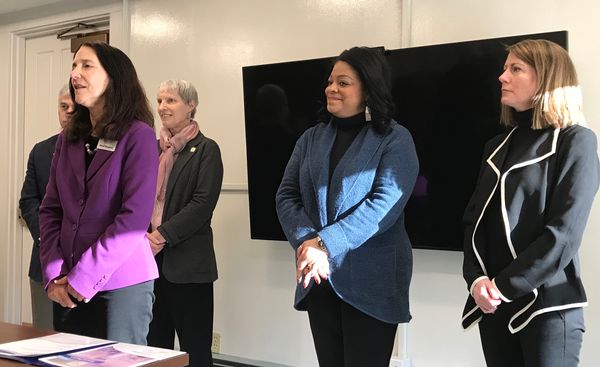 On February 14, 2019 the New York State Child Victims Act was signed and immediately went into effect. It creates new opportunities in the civil court system and the criminal court system for victims to pursue justice.

What does the Child Victims Act change about the law?

Before the Act: Before, victims of child sexual abuse could only bring criminal charges against abusers until the victim turned 23 years old.

After the Act: Now, victims can be up to 28 years old and still bring criminal charges against their abusers.

What’s the difference between criminal and civil?

How can Vera House help?

Help Us Make the Holidays Bright for the Families We Serve

It's time for our 2021 Holiday Giving Program!

We are pleased to announce the Vera House Foundation will host our 30th Annual New Beginnings Gala on Saturday, December 4, 2021 at 6 p.m.

As the crisis has unfolded, many Afghan women have spoken out at great peril to themselves and their loved ones. We must listen to them and lift up their voices.

2020 Annual Report Highlights: A Note from Our Co-Executive Directors

As we look back on the year, we are filled with gratitude to our staff and their loved ones who supported them through the pain of the pandemic.

Our Advocacy Program was hit hard by the pandemic.